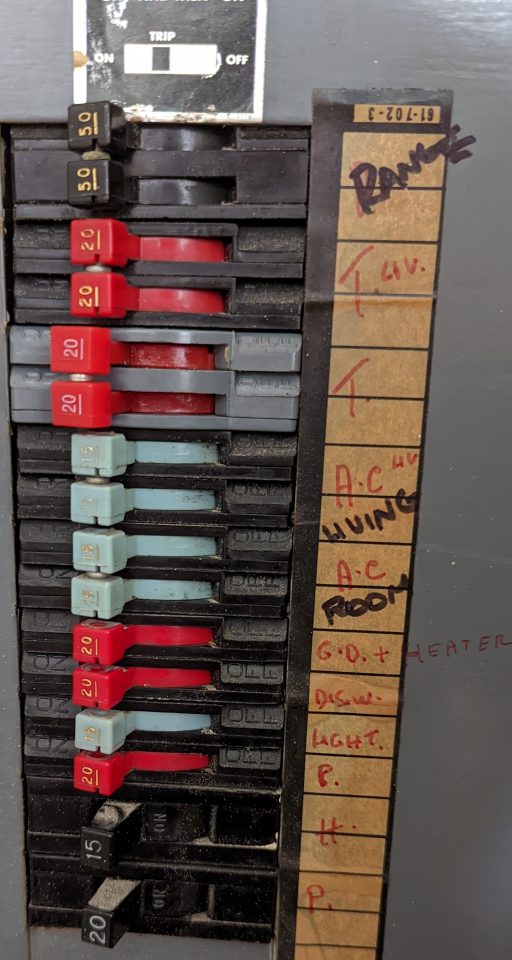 Ok so after like 6 times shutting down the circuit, now I know the one that’s dying is the red one labeled P (20), third from bottom – that’s the one where I have the computer plugged to the right of the windows and the TV to the left of the windows, and I tried plugging the Heater around here because it’s near the window and it hasn’t been working out at all.