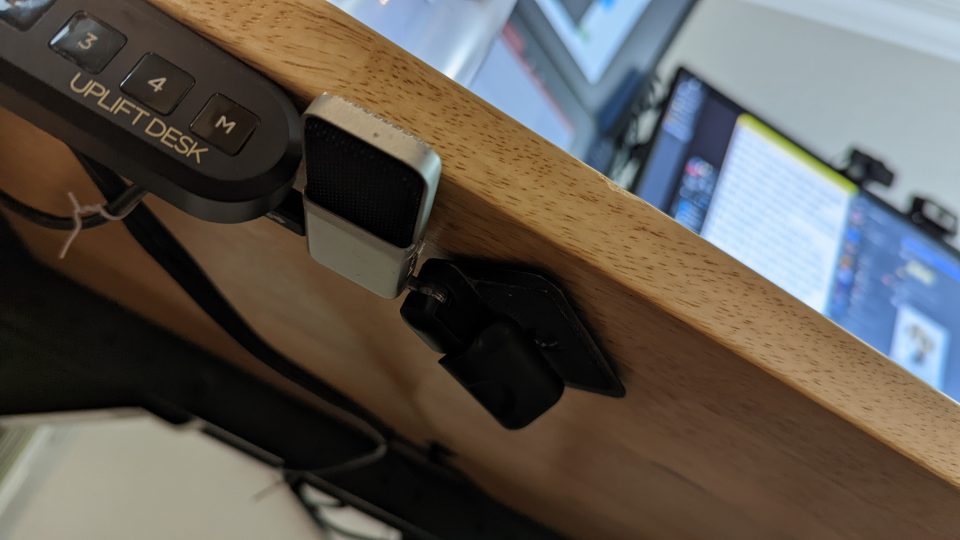 I’ve had this small mic for 7 years, and now every once in a while when I get on Discord voicechat people say the mic sounds terrible. sometimes apparently it’s passable.

Strangely, on my work Zoom calls no one says anything, but that might be because people are extremely used to terrible mic audio. But maybe it’s an internet connectivity thing, where it’s fine during the daytime but when i’m on voicechat at night there’s more traffic in the neighborhood and voip packets get dropped.

i have another better mic, which I originally bought to do recordings, etc that seems to handle this better when it happens.

It’s big and bulky and takes up a lot of space – I just hope it doesn’t come to a point where I have to rely on this microphone all the time to talk with people.