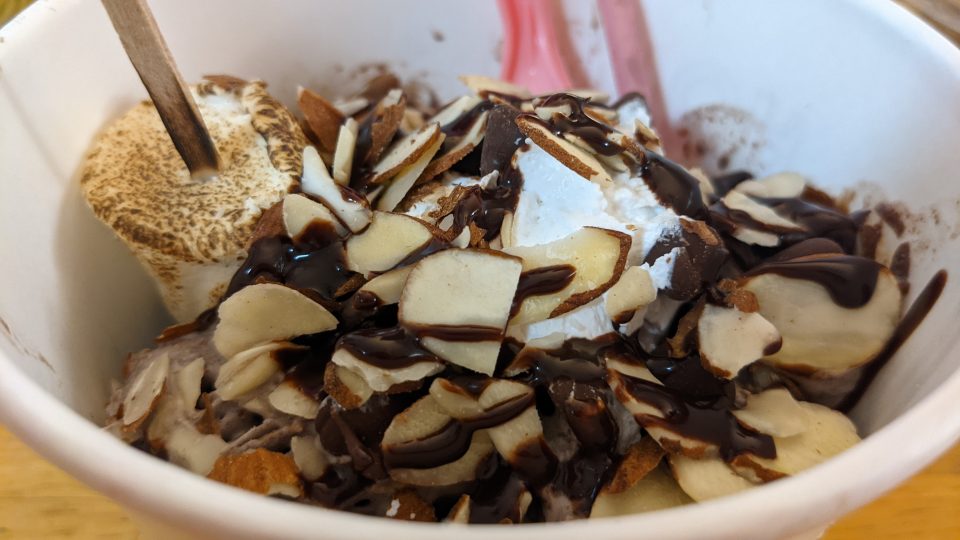 hmm today i discovered that something called Holy Roly “rolled icecream” exists and tried it but it didn’t taste any different.. I think the rolls merged into a single piece during the 3 minutes that I was bringing the icecream home
i was hoping the rolls would consist of some bread-like stuff, so you have layers of bread-like and icecream like tiramisu
but alas it’s just icecream rolled