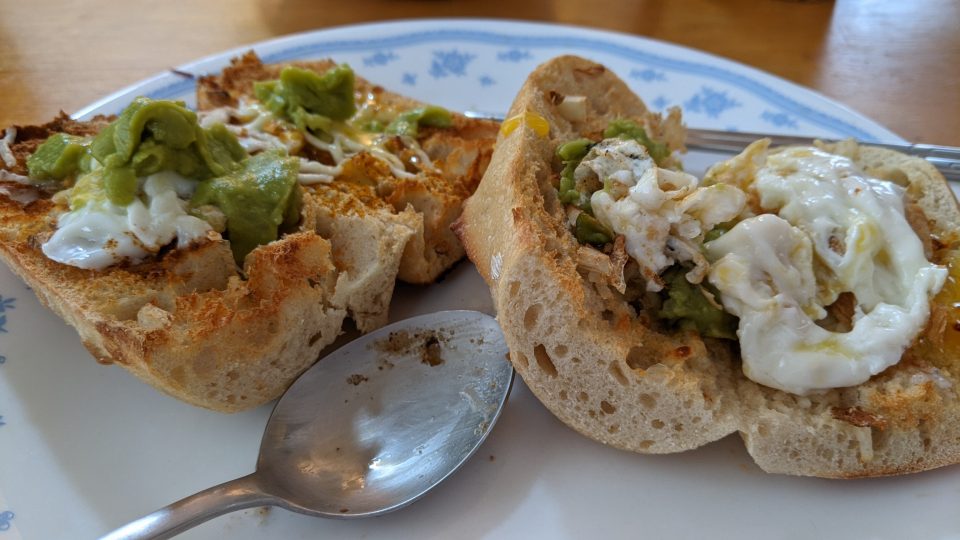 This was gonna be just a small mid-afternoon snack but I ended up air frying both pieces instead of just eating one because the process of leaving one halfway made was logistically complicated. Next time, I’m gonna cut this bread in half instead of 3 pieces.